The classic tragedy by Sophocles about Antigone, a young girl who resists the laws of theruling class when she decides to bury her brother Polynices, in Žižek’s interpretationbecomes a topical and contemporary work examining social and political relationships between those in government and citizens, between the divine and earthly law. In his newrendering of a classic theatrical model, Slavoj Žižek reaches for the principle of the triad (meaning: triás – a principle of the trinitarian unity of thesis, antithesis and synthesis): in his version of Antigone, which he outlines as an ethical-political exercise in the manner ofBrecht’s didactic pieces, Žižek offers three possible endings for this tragedy, leaving theaudience the freedom of deciding the fate of a modern-day Antigone. A thorough analysis of Europe as a system today would open up a view of the Euro crisis, the refugee crisis, Brexit, austerity, the tightening of border controls, the building of fences and isolationism, various infiltrations and the atmosphere of fake news – a view of a world threatened by the disintegration of Europe.

The evening at the theatre with Antigone opposes this sinister scenario with a pan-Europeananswer. If Slavoj Žižek addresses the issue of which type of, and which, Antigone could justly (objectively) judge the circumstances of our time? Antigone, who, one might think, oscillates between the two extremes of traditionalist and fundamentalist: unconditionally, she insists on a symbolic demand, citing “custom and ancient laws of the gods.” For Creon, however, these laws are not valid because they are not the product of a legislative process by the state. Antigone, on the other hand, does not need such a constitutional form, and her faith alone is enough. And when the ritual fails at its completion, Antigone remains only the suicide as the last symbolic gesture. In this post-political world, whose defining feature is the consensus, is the only position of genuine dissent left is, that of the traditionalist (who is clinging to the past and refusing to accept the inevitability of the new global neoliberal order) or the fundamentalist? So how is rebellion still possible today?

Angela Richter’s production wants to encourage thought about how it would be possible toreawaken the political spirit in the form of a politics for those who have no voice in this Europe of crisis and upheaval. This premiere affirms the Croatian National Theatre in Zagreb as one of the centers of innovation in European theatre.

SLAVOJ ŽIŽEK is a Slovenian philosopher and writer. He was born in Ljubljana in 1949 and has made an important contribution to political theory, film theory and theoretical psychoanalysis. He won international recognition as a social theorist with the publication of his first book The Sublime Object of Ideology (1989). He is one of the world’s most famousintellectuals and philosophers. He is a senior researcher at the Institute for Sociology and Philosophy at the University of Ljubljana in Slovenia and also a professor at the prestigious European Graduate School. As a visiting professor he teaches at a number of most prestigious universities in the United States and England. He has been a member of the Slovenian Academy of Sciences of Art from 2005. Antigone is his first dramatic work.

ANGELA RICHTER was born in 1970 in Ravensburg. Richter studied theatre directing at the Academy of Music and Theatre in Hamburg. Since 2001 she has worked as a director. In 2001 she founded the Fleet Street Theatre in Hamburg which she ran until 2010, and house director from 2013 to 2016 at the Cologne Theatre. In the season 2014/15 Richter scheduled a large-scale project entitled Die Avantgarde der Supernerds in coproduction with German national TV WDR, dealing with the life and work of digital dissidents and whistleblowers. In order to deeply understand the topic she met Edward Snowden in Moscow and Julian Assange in London, along with several other whistleblowers. As starting point of her work she typically uses discussions about certain topics, connecting various media withinthe theatrical production. The staging of Žižek’s Antigone is her Croatian directorial debut. 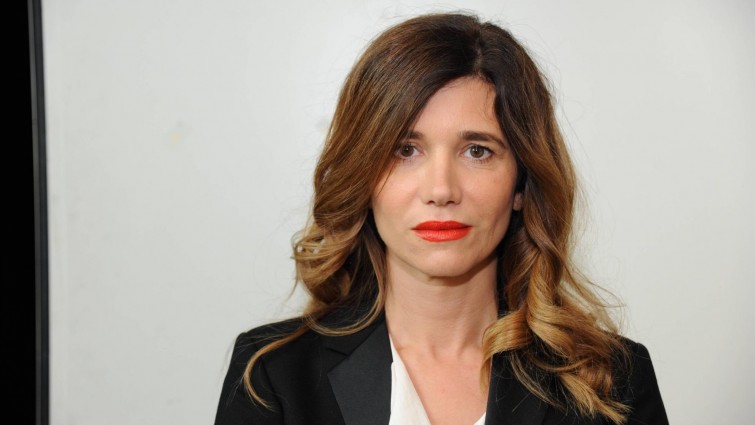 -Much greater evil than a lack of leadership is an unjust leader who creates chaos in his city by the very false order he tries to impose. Such an order is the obscene travesty of the worst anarchy. The people feel this and resist the leader. A true order, on the contrary, creates the space of freedom for all citizens. A really good master doesn’t just limit the freedom of his subjects, he gives freedom. In our daily lives, we are caught in our customs and cannot see beyond. When you encounter a true master, he makes you aware of things you didn’t know you can do. His message is not “You cannot!” or “You have to…!”, but “You can!”. You can do the impossible, you can rebel. A true master does not stand above us, people, he is a mediator who vanishes while giving our freedom back to ourselves.

-It’s as if gods are playing dice with us – when a life story is told, we note how at many points it may have taken another turn. While there’s no way to bring the fragments together and restore the vessel in its harmony, we can do another thing. We can tell a hero’s life so that, at the point of bifurcation when gods threw their dice, we narrate all possible throws of the dice.