Directed by Katie Mitchell, in a version of Alice Birch

A heroine who is born a hero; or a hero who becomes a heroine – does it even matter? Orlando experiences four centuries of British and European human history. He lives at the court of Elizabeth I; falls tragically in love with a Russian princess at the fabled banquet on the frozen River Thames during the reign of James I; dabbles in writing; becomes Charles II’s ambassador to Constantinople. He returns to Great Britain a woman, writes, throws parties in the enlightened 18th century, loves men and women, both prostitutes and nobles and, in the buttoned-up Victorian era, marries a man. Man or woman, does Orlando even have to decide? Orlando witnesses how people, nature, systems and reigns are in a constant state of flux; and how customs, habits and ideas of how a man or a woman should behave are constantly being modified, as well as what is right and what is wrong, what an artist should write about and what a woman is allowed to think about. Orlando experiences how the weather and the political climate change, how desire and gender roles develop. Orlando sees people who take for nature what is actually man-made.

In her biography of Orlando, Virginia Woolf describes a life that undermines every rigid category with ease and artistic freedom, imbuing them with new meaning or presenting them as fluid. She playfully interweaves life and art, reality and fiction into a visionary work and creates one of literary history’s most dazzling heroines whose overabundance of identities leapfrogs any narrow definition or rigid categorisation.

In a production combining performance on stage with live video, Katie Mitchell and Alice Birch explore Orlando’s queer journey through various centuries of the patriarchal history of humankind.

Katie Mitchell has directed classical and contemporary opera, video installations, short films and has adapted classical and contemporary theatre plays and writing for the stage. Countless awards and honours have decorated her work throughout her career, e.g. The Evening Standard Award for Best Director for »The Phoenician Women« in 1996, has been associate director with the National Theatre and the Royal Court Theatre, London, and she was appointed Officer of the Order of the British Empire (OBE) in 2009. In September 2017, she was awarded the President’s Medal of the British Academy »for her work to enhance the presentation of classic and contemporary theatre and opera through innovative new production.« Her productions can be characterized by meticulous research and preparation, sharp analysis of the scenes, conflicts and situations of the staged texts, psychological accuracy in directing actors and often very original and unusual conceptual approaches. Mitchell frequently uses live video created on stage or works with choreography, live sound design, psychology and techniques of Eastern European theatre and questions theatrical conventions of producing emotions and illusions. 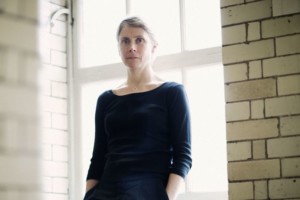