Renaissance is the place where a concern and a fantasy cross

Let us start with the concern.

We’ve been lately thinking and talking a lot about the new feminism. How to understand it better, and how to contribute to generate a more just world, at all levels, but specifically in terms of gender.

In this large and complex conversation, we feel like one of the areas that’s not being studied as much is precisely that of masculinity. Our attention is caught up in what the masculine is supposed to be, what is virile, what manhood is supposed to be. We want to get closer, investigate, though probably in a way not as direct or explicit as we are making it in this dossier, the attitudes that are conventionally masculine, and also the new ones, those that are starting to show. We want to see men on stage, a big group of them, not talking about masculinity or gender equality, but to put them in a context in which these issues can organically and subtly arise along the piece. It’s a huge subject, impossible to grasp, but we needed to approach it.

For the past few years, as we’ve professionalised ourselves, we’ve started working in bigger theatres, with better conditions, and we’ve been able to count on a bigger technical team, which allows us to be part of the set up without the whole responsibility for it.

We now look at this whole process like a rite of passage. A trip that starts with nothing, in the empty space, and keeps unfolding until the final moment when everything is set and ready. This journey of lights, machinery, construction of the space, looked at from outside, seems to us almost like a mystical wander. We’ve always thought that inside this journey, a hypnotic scenic piece was hidden, a dramaturgy of beauty and contemplation, one that some day we’d have to investigate.

This is the combination, the connection, that lights and illuminates the project.

We want to concentrate and slowly look at how a group of men behave in this situation. They, capable of building in a few hours with their own hands a space where, that same night, society will confront itself. The stage where, in little time, the tragedy, the opera, the comedy of errors will take place. We want to weave a plot inside this landscape. A landscape traditionally masculine, but that little by little will also have to change.

Renaissance puts in the centre the microcosms of a stage set up and of the workers, the sort of interchange that is there generated, and that we think keeps some of the labour keys after the industrial revolution, and before the digital one. A kind of cooperation still concrete and tangible.

Renaissance is this place where the hope and humanism in the Julio Verne’s sentence that opens the project, gets in conflict with the doubt about the word “mankind” being the most appropriate there, instead of, for instance, “person”.

Renaissance poses the creation of a universe where we can talk about man in the 21st century. A landscape, sometimes hypnotic sometimes violent, where we can profoundly admire and question his capacity for creation, cooperation and the new ways of relating to one another, in labour and humanly.

La Tristura has been working on scenic arts for over ten years. They create, among other pieces, Future Lovers, CINE or Materia Prima. They keep investigating the limits between documentary and fiction, between presentation and representation, showing an interest for contemporary theatre, and a compromise with the certainty that intimacy and poetry are, essentially, political concepts.

During this time La Tristura collaborates with venues such as Festival de Otoño in Madrid, Cena Contemporânea from Brasilia, the Théâtre de la Ville in París, Grec Festival in Barcelona, Teatro Central from Sevilla, Spielart Festival in Munich, the International Theatre in Finland or the FITBH in Belo Horizonte, among others. In these years they also create contexts such as Salvaje Festival, the Gran Convocatoria Mundial or La tristura 2004-2014 series. With a desire to keep connecting different agents and artists, trusting that, from these liaisons, inspiring and unexpected movements will grow.

Their work keeps rooted in Madrid, the city where they live and develop their projects. 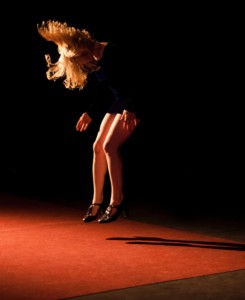