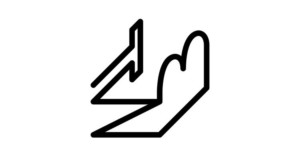 The Théâtre National de Bretagne (TNB) traces its roots back to the very creation of the Centre Dramatique de l’Ouest (the West Center for the Dramatic Arts) in 1949. With the creation of the Maison de la Culture (House of Culture) in 1968, the two entities began working closely together. The merger of the two organizations in 1990 led to the creation of the TNB. In many respects the TNB is a standout Center for the Dramatic Arts (CDN). As a European center for theatrical and choreographic production, its mission embraces not only theater, but dance, music, cinema and education (via the TNB School for the Dramatic Art). Included in its mission is the organization of an annual Festival. The TNB welcomes some 200,000 spectators every season. Since its founding, a number of directors have stood at its helm: Hubert Gignoux, Georges Goubert, Guy Parigot, Chérif Khaznadar, Dominique Quéhec, Pierre-Jean Valentin, Pierre Debauche, Emmanuel de Véricourt, François Le Pillouër. Since 2017 the actor and stage director Arthur Nauzyciel has led the TNB.

On taking charge, Arthur Nauzyciel introduced an artistic project grounded in three fundamental values: Share, Transmit, Connect. In addition, he appointed 16 associate artists, a research fellow, and an actor. Nauzyciel’s project for the TNB aims to collapse many of the traditional barriers between artistic disciplines, while inviting the public to explore different artistic offerings. At the same time an extraordinary plasticity of artistic expression is on display. Cinema also assumes its rightful place in the programming and forms an integral part of the TNB’s offer. With the start of the academic year 2018, Arthur Nauzyciel and his associate director for academic affairs, Laurent Poitrenaux, introduced a reform of the academic program at the TNB School of the Dramatic Arts. The dual aim of the reform is to train multidisciplinary performers and open the school to international influences.

The primary mission of the National Centers for the Dramatic Arts (CDN) is artistic creation for the theatrical stage. Created in the aftermath of World War II, France now boasts 38 CDNs around the country. Envisioned by Jean Zay, and fostered by both Jeanne Laurent and André Malraux, the CDNs are intended to decentralize dramatic production and deliver cultural democratization throughout France. To this day they remain the mainstay of the country’s cultural policy: an endorsement of the ideas that art, culture, and theater are a public service, and that the state has a responsibility to make high-quality, artistic offerings available throughout the land. It is common practice to entrust the management of the CDNs to renowned stage directors, so as to ensure the long-term viability of the artistic project and anchor it in a particular region for the local public. With a focus on theatrical creation, contemporary writing, innovative staging, and the hosting of major shows of French and international origin, the CDNs remain to this day unique in the world and welcome over a combined one million spectators annually.

THE TNB FESTIVAL
Since its inauguration in 2017 the TNB Festival has embodied the quintessence of our artistic season. The purpose of the Festival is to contribute to a lasting relationship with the event-going public of Rennes. Comprising an element of risk and curiosity, while avoiding that the theater becomes just another social barrier, the Festival aspires to developing interpersonal exchanges and giving voice to diverse views. This effervence of the performing arts would not be possible without the collaboration and commitment of many different cultural partners, enabling the TNB Festival to occupy some 15 venues throughout the Rennes and its metropolitain area. The Festival itself is seen as the very echo chamber of the artistic season.
The upcoming TNB Festival will be held from November 6th to 17th 2019. It will feature over thirty offerings, cutting across all categories, disciplines and genres in a bid to create a dialogue with cinema, the plastic arts, and music. Two Festival will offer two additional high lights: one for industry professionals, the other for educational entities specializing in the dramatic arts. The TNB Festival is an initiative of the National Theater of Brittany (Théâtre National de Bretagne – TNB), The European Center for Theatrical and Choreographic Production (Centre Européen de Création Théâtrale et Chorégraphique), and the National Center for the Dramatic Arts (Centre Dramatique National), Rennes.
The Festival is organized in partnership with

THE TNB SCHOOL OF DRAMATIC ART
Established in 1991, the TNB School of Dramatic Art offers a 3-year degree program for aspiring actors. The annual intake comprises a single class of 20 students aged 18 to 26, admitted on the basis of a selective entry examination. Upon his arrival, the new director, Arthur Nauzyciel, initiated an academic reform of the TNB School, beginning with the Class of 2018. For the first time, the TNB director holds responsibility for both entities: the theater and the school. Thus, with an actor/stage director in charge, it is possible to provide both entities with a shared, coherent artistic project. Under the leadership of Arthur Nauzyciel, and together with Laurent Poitreneaux, associate academic dean of the TNB School, the faculty includes a group of 16 artists, an associate actor, and a research fellow. Their mission is to provide internationally-oriented, multidisciplinary training with a view to a career in the performing arts. Beginning with the Class of 2018, the strong points of the academic program include: